Peter Monamy was not a Huguenot but was descended from a family originating in the Channel Island of Guernsey, off the coast of France. While Paul Fourdrinier was assimilating himself into London and building a business in the 1720’s, Peter Monamy was rapidly becoming established as a master of Interior Arts and Maritime Painting. Ultimately he had two shops, one of them on Old London Bridge. Through engraving works of the artist Peter Monamy, Paul showed a much greater grasp of perspective and depth than he did in the St. Paul’s engraving and other architectural subjects.

Some of these paintings graced the Vauxhall Pleasure Gardens and were subsequently lost, but live on in Paul's hand colored engravings of them. Here are two courtesy of the Yale Center for British Art. 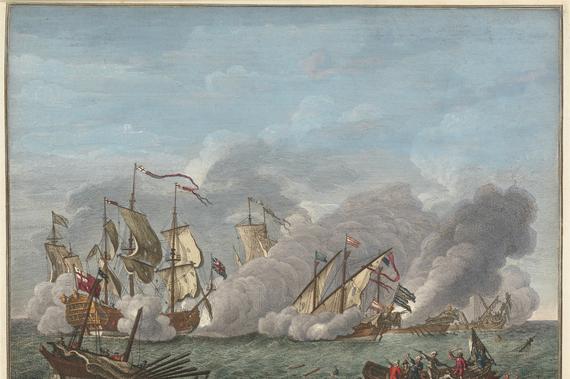 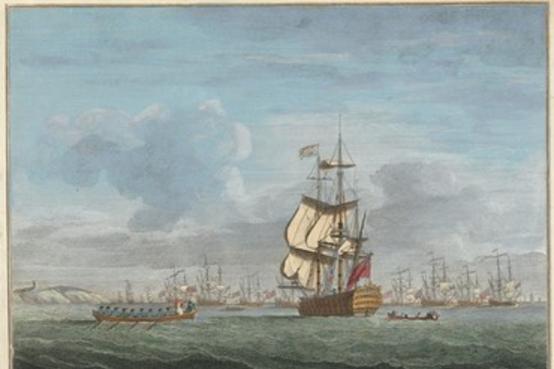 Sea Engagement against the Algerines

The Seascapes of Peter Monamy