This is the print that started the project.  The South East Aspect of St. Paul's Cathedral 1743.  It is 3' by 2', a large for a print for its time. The buildings in front of the Cathedral that would have obscured this view are not shown and the characters and carriages are much smaller than they would appear to scale to make the Cathedral appear even more grand; and it is very grand. It directly inspired the Capitol Building in Washington DC.

At least two hundred copies were subscribed by patrons and this is only one of six that can now be traced.

RESTORATION NEWS: This old print is mounted on linen, folded and stained and has been given to ACA Paper Restoration in Devon PA to be demounted, cleaned and restored to its original state. Come back in October 2017 to see the before and after pictures! 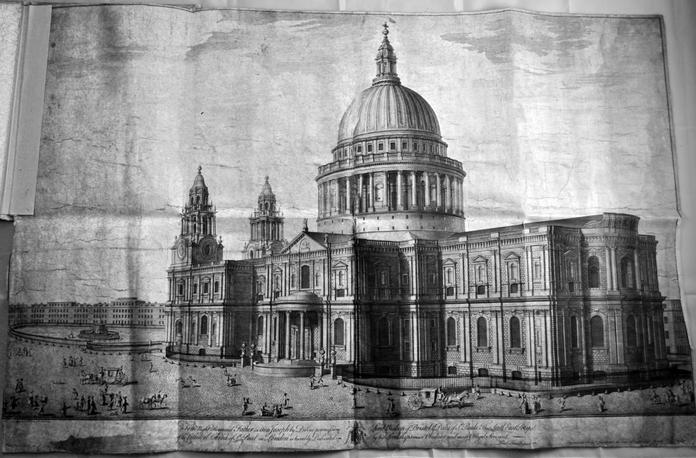